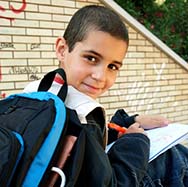 Serving one of the largest, and poorest, inner city school districts in the country, grant makers and service organizations have been helping children in Baltimore City Public Schools (City Schools) for years. In 2014, a diverse group of grant makers, government organizations, school personnel, and community groups started meeting to learn more about existing mental health programs, structures, and challenges in the schools. Still developing at the time of this study in spring 2015, the group has coalesced and grown under the umbrella term School Climate Network and, as of February 2016, is creating strategic plans and work groups to help improve City Schools’ climate. The story of the group’s formation and evolution provides valuable lessons in creating and organizing a coordinated team that is poised for action so that students can thrive.

With 186 schools, City Schools is the 36th[1] largest school district in the nation. Of the nearly 85,000 students enrolled, 83% receive free and reduced lunch and only 70% of students graduate in 4 years.[2] Like many large, urban school districts, City Schools has a unique governance structure. Members of its 10 person Board of School Commissioners apply and are selected by the State Board of Education[3]. The Board hires a Chief Executive Officer who administers the policies set by the board and provides overall direction to the school district. A vanguard in family engagement, a Parent and Community Advisory Board provides input to the Board of School Commissioners.

The Baltimore School Climate Network in Baltimore, MD formally announced its name in May 2015, nearly a year after its first meeting and a month after the unrest that followed Freddie Gray’s death while he was in the custody of Baltimore City Police. The group originated when a subset of an informal mental health working group of the Association of Baltimore Area Grant Makers decided to form a peer-learning group interested in mental health in schools. Their first meeting was open to anyone interested or involved in the subject, and though publicized only by word of mouth, nearly 60 people attended.

By June 2015, the Baltimore School Climate Network included grant makers and foundation representatives, city health officials, nonprofit groups working in the schools, and school leaders. While they had grasped the intricacies of working together and had a better understanding of mental health needs and school climate in City Schools, their challenge at the time was determining how to move from discussion to action and how to develop strategies and activities that would have a long-term impact. Their evolution from a group of people who wanted to learn more about school mental health to a large, diverse group looking to directly engage in improving school climate offers useful lessons for those just starting to develop a community coalition focused on improving healthy child development.

For a long time the group was nameless, but they decided to focus on school climate rather than mental health because it was “all encompassing,” “asset focused and building on a school’s success,” and brought together a number of different interests. With many of the groups involved already invested in mental health areas, it also moved the focus from being potentially clinical and prescriptive to a much more comprehensive and community-oriented approach. In addition, there was a department in the school system that focused on school climate, so the name “resonate[d] with the CEO and school staff.” Similar to the guidance offered by Partner Build Grow, the coalition selected a term that had broad appeal, was linked to a developing school movement, and was “a vehicle for change and success.”

In addition to their shared passion for healthy student development, the group felt that one of their greatest strengths was the diversity of the organizations they represented. While many were familiar with the other coalition members prior to the meetings, they were each primarily focused on their own programs, rather than the broader implications of their work. By bringing together such a diverse group, they realized that they could combine their efforts and strengths to gain more leverage to improve school climate. Indeed, one of their first activities was to put together a landscape of what each organization in the group and community were doing, allowing them to further their connections and see where there might be overlap or synergy. The coalition members acknowledge that a logical next step to this process was to examine the data available beyond their networks in order to see where gaps existed between student needs and available services, such as recommended in the Mapping Assets section of the Action Guide.

Since June 2015, the network has further broadened its reach and refined its mission. Retaining the name “school climate,” they combined with another community coalition focusing on attendance. Several members who belonged to both groups noticed that both conversations focused on improving student outcomes, though their focus was ostensibly different. Another difference concerned the roles of the members: the Baltimore Attendance Collaborative heavily leaned towards practitioners and providers working in the schools, while the School Climate Network was comprised of groups that set policy and funding for activities. The members of the two initiatives decided to combine, forming the Baltimore School Climate Collaborative. They created a steering committee to develop a vision and strategic plan, retaining the focus on attendance as one indicator of a healthy school climate. In addition, they formed several working groups that focused on one of four areas: school safety and discipline, mental health and wellness, family and community engagement, and data sharing. They have prepared themselves for action and developed a community presence for when Baltimore’s new Mayor takes office in 2017.

The Baltimore School Climate Collaborative illustrates how the actions outlined by Partner Build Grow can be used to support the creation of community collaboration around healthy child development. By broadening their reach to encompass organizations and programs that share a similar goal, framing the issue in a positive manner that links to success, tying that goal to a City Schools policy or regulation, and putting together a landscape of activities and programs to further grow and strengthen their leverage, they recognized the need for long-term strategies that could be sustained through multiple means and encourage healthy community growth. The story of the Baltimore School Climate Collaborative highlights the importance and strength of community collaborations in bringing diverse services to the schools to benefit children.

This case study was supported by a grant from the Robert Wood Johnson Foundation to identify approaches that diverse communities from around the country are using to maximize opportunities for long-term funding and policy support for child/youth development initiatives conducted in partnership with schools. The study is based on a conversation held with members of the coalition in the spring of 2015 and follow-up conversations with coalition leaders.